The popularity of vaping as an alternative to smoking is growing rapidly. When such rapid growth occurs, it is often very difficult to keep track of all the changes that happen during it.

In this article we will talk about the batteries of vape devices.

In terms of electrochemistry, the current offers on the market for lithium batteries can be divided into 3 types:

Below you will find more information about each type of battery.

The disadvantages of such a battery include the smallest overall capacity. This means that if you do not change the size of the battery, do not switch to high voltage, then a battery with small dimensions will have the smallest capacity.

LCO batteries are the most expensive. This happened due to the fact that since 2018, cobalt began to rise sharply in price. Until 2018, cobalt cost almost the same as manganese, and then there was no doubt which battery to choose. There was no point in the NCM and LMAO batteries, as the LCOs offered additional capacity, fewer charge-discharge cycles, and lower voltage during cooling.

Operating voltages can be the same as for LCO, but depending on how much cobalt is replaced with manganese, the 3.6V point starts to go to the left. You can see on the diagram below that there appears the second 3.3V.

For example, having a capacity of 1050mAh, the NCM battery works out about 800mAh as cobalt, and the last 250mAh as manganese. Depending on where point 3.6 turned out to be relative to the full capacity, one can roughly estimate the proportions of cobalt and manganese. The most typical is 70/30.

These batteries use a cheaper electrode coating and increase the maximum capacity. The more manganese, the more capacity and the battery goes to lower voltage earlier.

To users, it looks like the vape works well at first, but closer to the last 20-30% of puffs, it noticeably becomes weaker and loses its taste. If the vaporizer is poorly designed or assembled, it may simply be an attempt to prevent the end of the vaping from developing a burning aftertaste.

Lithium, manganese, aluminum oxide batteries are often more simply called manganese batteries. They are the cheapest, and in most cases, apart from the complete exclusion of cobalt, they belong to a cheap product with a deterioration in production processes.

The graph below shows how the 3.6V marker point on LMAO is not traced at all, there is only a 3.3V point, somewhere at 50% of the capacity and a smooth transition at the 3.6V point.

Usually from 4.15 to 3V, an inclined straight line can be traced. The advantage of LMAO batteries is that they are the cheapest and most capacious. LMAO batteries can be 30-40% more capacious than cobalt, with the same dimensions for a lower cost.

Vaporizers of disposable cigarettes have a fixed resistance, as well as the power at which there is no burning or the vape has enough taste and a rather narrow range. This is determined experimentally depending on the specific implementation of the evaporator (which liquid, which capillary conductivity, design features, etc.).

Often in disposable devices the target power of 6 watts, 5 watts or less will be tasteless for users, 7 watts or more can give a burning taste (5 and 7 of course will depend on the specific sample).

If the power of the coil does not allow you to gain the desired EMP, then first you need to figure out the design, and then decide on the power at which it works, and only then, based on the supply voltage of the coil, calculate its resistance.

If we have determined that for a given design of the evaporator the power of 7W is normal, then we calculate the resistance of the evaporator based on the fact that it is supplied with a voltage of 3.5V. Average amperage about 2A, average resistance 1.75 Ohms. Therefore, if we use an LCO battery, this condition will be maintained for 95% of the time of use. But if the voltage starts to drop ahead of time, then 3.4V will already give the power on the heater – 6.6 watts, 3.3 volts – 6.2 watts, 3 volts – 5.14 watts. With these parameters it will no longer be the last 5%, but 30-50% of the time of use until full discharge.

If there is electronics that can withstand the 3V bar, then it does not matter what kind of batteries are used. The coil resistance is simply recalculated based on the 3V supply. Average amperage – 2.3A, coil resistance 1.3 Ohms. Then the device will work at a power of 7W (but there must be an excess of liquid so that the wick is not depleted by the end). But alas, manufacturers believe that cobalt batteries are the only correct ones.

Below you will find an example of the control function that can be used:

Using own controllers often goes beyond the disposable device budget. When designing for the LCO battery, the use of NCM/LMAO is usually perceived as a customer cheating by the manufacturer.

Coil resistance is based on the required power and 3V supply, while LMAO is cheaper and with a higher capacity. This bar can be higher and lower, the main thing is to determine the range of the required powers (joules evaporate, the power applied per unit of time), and not separately taken resistance or voltage.

From the historical background: John B. Goodenough is considered the inventor of the lithium-ion battery, in fact, he found only a combination of carbon + cobalt oxide electrode coatings. And as he himself writes in his “memoirs”, we just happened to be earlier, if not for us, then this pair of materials would have been found by someone else. Lithium batteries already existed before this discovery, but at that time only cobalt oxide made them stable. After almost 30 years, there are many more stabilization methods, chemical processes, and cobalt is no longer a decisive factor.

Until the manufacturers start making devices with stable operation of 3V, they will have to count coils under 3.5 – 3.6V, and LMAO/NCM will significantly degrade the quality of devices in comparison with “pure cobalt”.

This review doesn’t provide an electrochemistry boost for high current, battery drawdown under load, it’s resistance to direct and alternating current, etc. It is understood that these aspects are the same for 3 types of electrochemistry. This is not an urgent issue in the reusable devices or those that have controllers that can be customized. The thing is that the minimum voltage that the battery produces is enough for the processor to work.

All the batteries are good, each for its own tasks. Many industries use NCM batteries as they are cheap, reliable, and of high capacity. But for systems highly dependent on power stability (disposable e-cigarettes), the slightest deviation from the technical parameters can lead to disastrous consequences. Electronics cease to cope with the rapidly decreasing power, vapor disappears, flavor parameters change significantly. So we can say that LCO is the reference for disposable non-rechargeable cigarettes.

Disposable e-cigarettes are now the fastest growing segment in the vaping market. Dozens of new products enter the market per…

The World Vape Show is the largest international exhibition of vape devices and other vape-related products. This is where suppliers… 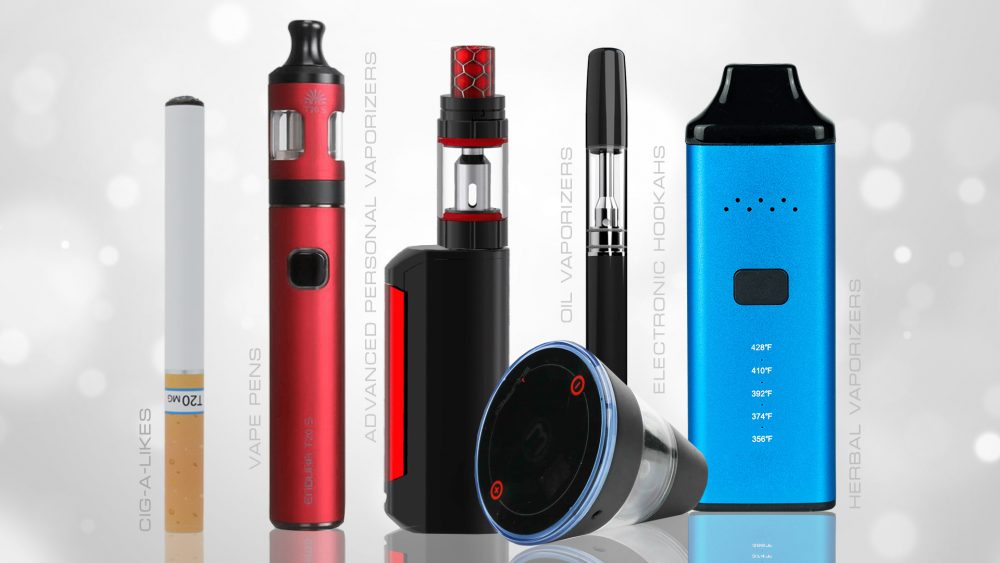 There are so many vape devices of all kinds and shapes out there. Whenever you visit any website to order…